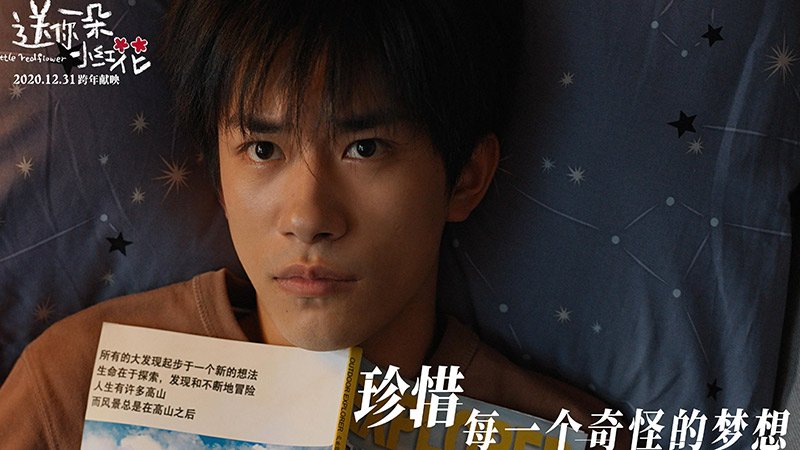 Two cancer-fighting families, two life paths.The movie tells a warm reality story, thinking and facing the ultimate problem that every ordinary people will face -- imagine that death may come at any time, life is precious only once because of cherish, the only thing we need to  do is to love and cherish.

A Little Red Flower is the director Han Yan's second installment in the Life Trilogy series.The first was the critically acclaimed Go Away Mr. Tumor.This series mainly focuses on the special group of cancer patients to show that no matter how much disaster life brings, we should have the courage to fight against the fate.

This time A little red flower is five years to grind a sword, the script carefully polished at the same time, invited the best new actor  Jackson this year , and set the file in December 31, as the first work of new year , the director may be said to be ambitious.

Jackson join the film as male starring,.the film Better Days can be said to be laid the Jackson new generation strength actor's position, I believe that this movie  A little red flower will let him get far more than his peers.

Speaking of female characters, if you didn't know who Liu Haocun was before, everyone knows the lovely daughter of Liu after Zhang Yimou's new film One Second was released.Liu Haocun serves as new rise seek young woman, come to the fore from 3000 people, actual strength nature is not common.Judging from the trailer, Liu's acting is in place, and the topic of Liu's aura has been trending on Weibo.

If you need know more detail , please contact us or leave a message , we will reply in the first time .